Head vs. Heart In Series One we look at the vital need for our head-knowledge to become heart knowledge. We all have different experiences of this and often it takes a fair amount of time for the knowledge to make it from our head to our heart. But at other times, it can happen as […]

In Series One we look at the vital need for our head-knowledge to become heart knowledge. We all have different experiences of this and often it takes a fair amount of time for the knowledge to make it from our head to our heart. But at other times, it can happen as an instant work of revelation. I remember a close friend telling me of her revelation that God is Love. She had a palpable excitement and eyes that glowed with the light of revelation because she had come to truly know in her heart that God is Love. And that revelation changed her. However, for me that same revelation came over many years.

One quick work of heart-knowledge came at a conference where we were introduced to meditating on the word of God. As an exercise, we were told to take a verse and to simply meditate on it. Think about it, dwell on it, repeat it. Let it settle on our hearts. So I took just one verse from Psalm 23: “The Lord is my Shepherd; I shall lack nothing.” After only 20 minutes of dwelling on the word, God had impressed it forever in my heart. I knew that I would never, ever lack anything that I truly needed.

This knowledge produced real faith which was then tested some time later when I had only $2 to make it through 5 days. I figured that I could live on water for 5 days, so gave my situation to God. I decided not to tell anyone of my situation, but rather just give it all to God. If He wanted to feed me, He could do it. If not, I would fast until the end of 5 days.

On day 1, a friend of mine asked for help. She was a chef who had over-catered for a conference and now had a lot of food she had to get rid of. I said I was happy to assist her. She loaded me up with croissants, fruit and a massive slab of triple-layer chocolate gateaux–enough to last me a couple of days. I felt like I was eating like a king. Around day 3, I helped out a person with their computer who then insisted on buying me dinner to say thanks. On day 4 a friend invited me to shoot some pool so I went out with him and met up with another friend. He was pleased to see us because he had just been given a big sack of French pastries that were going to be thrown out from a local bakery and there was too much for him to eat. So we helped him out. I found that over the 5 days I ate better than I would have if I had had the money to buy my own food. God was beyond faithful.

God had placed His truth in my heart. It had produced faith which enabled me to receive the grace of God, over and again. Time and again I have been broke in the eyes of the world, but God has miraculously provided for me and my family. The truth of God’s provision has been established in our heads and hearts, and has led us to constantly receive the grace of His provision. 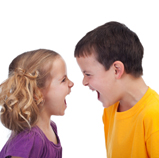 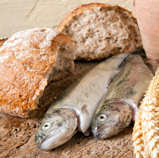 In the One with Christ studies the subject of humility comes up from time to time. God really lifts up the lowly and broken hearted and resists our pride. The problem with pride is that it is often hard to recognize the pride in our hearts. Even when we are...