The Key to Rapid Trauma Recovery

The Spirit of the Lord God is upon me,
because the Lord has anointed me
to bring good news to the poor;
he has sent me to bind up the brokenhearted…

There are so many broken people in the world that God desperately wants to heal. If we are to let the Spirit of the Lord live through us, we need to learn how to bind up the brokenhearted and bring healing to those who have been through trauma. In our experience, we have discovered that the key to full and rapid healing of trauma is found within in the first command. In Deuteronomy 30:6, Scripture says that if we choose to love God with all our heart and soul, He promises to make it a reality. That means that if a wounded person devotes their life to loving God with all their heart, soul, mind and strength, God must heal them of their trauma. He cannot break this promise. So the key is not to focus on the wounding, but to call people to embrace a life of wholehearted love and so activate His promise. As people are healed and set free, they will then become people who rebuild the ancient ruins, restoring God’s design of love for our families and communities.

In 2019 , we saw God fulfill this promise in a glorious way. I was part of a team that was visiting a Pakistani refugee community. Most of the people there had left Pakistan seeking asylum, only to be denied by the UN. We went with a heart to bless these people, connect, and listen to their stories. One man told us how he shared a book in his church that included a section which promoted educating women. The Taliban found out and put a death-warrant on him, forcing him to flee the country.

Another couple, whom we will call Daniel and Sarah, invited us to have a dinner at their place. Sarah was one of the most radiant people I have ever met. She was glowing with a tangible sense of love and joy. Over the course of dinner, we asked Sarah to share her story. Why had she fled Pakistan?

“My life is a bit like a movie. When I was 15, I was engaged to Daniel [for a future marriage], but that year, my mother died. When I was 17, my father died as well. My uncles wanted the house, so they took our inheritance and forced me and my two younger sisters to leave the family home. We had to live with an aunt. One day, a Muslim man came to my aunt and offered her $300 to buy me as a ‘second wife.’ My aunt agreed and sold me to the man [to be a domestic servant and sex slave]. To keep me from escaping, they broke my feet and then handcuffed me to a chain at the man’s home. Then they took all my clothes.

“I suffered greatly over that time. They would often torture me with guns or knifes or broken bottles, or they would use their bare hands. They would also starve me of food. After seven or eight years, the man told me that I had to become a Muslim or he would kill me. His plan was to cut up my body and throw the pieces in the river. I refused and said, ‘Jesus has not given up on me, so I will not give up on Jesus. Kill me if you like, but I will not become a Muslim.’ While the man and his wife were away, his brother came to me and said, ‘You must become Muslim. He is returning tomorrow to kill you if you will not convert.’ I still refused and so he said, ‘If you’re not going to become a Muslim then you had better run.’ He then unlocked my chains and I fled. I could barely walk, but I made it to the next village and then the one beyond. It was a miracle, but I found Daniel. It had been over seven years since we last saw each other, but he had not married anyone else. In fact, he had been looking for me.

“I didn’t know if he would still want me now that I had been a sex slave. But Daniel said to me, ‘I don’t care what’s happened to you. God chose you to be my wife and we will get married and have a future together.’ I was so thankful and blessed. We got married, but the man who kept me captive was still seeking to kill me, so we fled the country.”

Our translator explained that when they arrived in the new country, Sarah and Daniel went through the asylum-seeking process, but were denied asylum, presumably because Sarah could not prove her slavery or the threat against her life. So they had been living in hiding for the last six years. Sarah then continued her story.

“For the last six years, I struggled greatly with anger, pain, rage, depression and bitterness. But then earlier this year, I was given a copy of Bride Arise in Urdu. As I was reading it, Jesus became so real for me! I gave my whole heart to loving Him, and now He keeps on coming to me and filling me with His love. His love has healed me and washed away my pain! This is the first time I’ve been able to talk about my past without crying. In fact, when I think of my time in slavery, I can’t feel any pain in the memory! I no longer have any resentment towards the man who enslaved and tortured me for all those years. All I can feel is love and joy ! In fact, I would go through it all again just to have this love for Jesus!”

We were all humbled and awestruck. God had taken someone who was completely broken and healed her entirely through His love. Having endured so much, Sarah had come to know Jesus as her bridegroom and was consumed with His love. And it showed. Sarah was literally beaming with the love and joy of Christ. Knowing that they have so little, I asked Sarah if there was anything she needed or if we could help in any way. She looked at me with a puzzled expression, as if to say, Haven’t you been listening? She simply replied, “The only thing I need is more love for Jesus!”

A couple of years ago, I led a group in a nearby town in which we focused on loving God with all our heart and loving one another. A woman called Desi was invited by a friend to come along to the group. On the first night, her first words to me were, “I’m Desi and you need to know I’m bisexual. I don’t discriminate as to who is worthy of my love.”

Over the coming weeks, Desi shared her story. She was adopted and at the age of three, her adopted parents began sexually abusing her. It continued for the next 13 years until she finally ran away from home. She spent some time on the streets as well as some time in jail. Then she got heavily involved in the BDSM scene, before getting married and settling down. She gave her life to Christ and attended a church because she was scared of going to hell. Then she came to the group, still carrying the deep scars of 13 years of unspeakable abuse and tragedy.

Over the course of the group, Desi fell hopelessly in love with Jesus.

“I feel like I’m 16 years old with a first crush! Jesus keeps on telling me how much He loves me and that I’m His favourite!”

Desi devoted her life to loving Jesus with all her heart, and He responded by making it possible. He took away all the nightmares and ended the flashbacks that would constantly cause her to relive the emotional trauma. As His love washed over her, Jesus delivered her, healed her emotionally, restored her sexual design, and gave her a whole new identity in Him. She became more than His follower; she became His bride. And then she became terminally ill.

Desi heard that I had been invited to do a meeting close to her and so she asked her husband to bring her. Another friend called Drew came with me to the meeting to help minister. Drew moves beautifully in the prophetic, healing, and deliverance. He shared some words of knowledge for different people and prayed for them. We then invited him over to pray for Desi. He looked in her eyes and immediately burst into tears.

“I have nothing to offer you. Can you please pray for me?” was all he could say.

“Sure thing,” she quietly replied. Desi took his hands and simply said, “Jesus, you know what he needs. Just give him more Lord.”

On the way home, I asked Drew what happened.

He said, “I looked into her eyes, and I saw the love of God burning in her. And I realized that I don’t have that love in me…It has never been more real to me, that I can prophesy all things but without love it’s all worth nothing. I feel like this is a conversion moment.” The love of Christ in Desi was so real and powerful that it changed Drew with just a look.

This is the kind of total healing that only Jesus can bring and it does not have to take years. For Desi and Sarah, it was a matter of months. Months.

So if you are struggling to process trauma, please be encouraged that God can do the same for you, and bring you into a life of love. The way to access that healing is by taking your eyes off the wounding and pain, and instead focus on Jesus and His call of wholehearted love. Don’t think, “When God heals me, then I will give my life fully to Him.” This kind of thinking uses our pain to justify disobedience and holds God to ransom. In effect, it is the same as saying, “God because you haven’t healed me, I can’t love myself and so I can’t love others. So my inability to keep your command of love is all your fault.” Such thoughts stem from pride and cut us off from the healing we so desperately need. Instead we need to humble ourselves, accept that God has designed us for a life of wholehearted love and consciously choose that life. If we do, we will find that God is more than able to quickly heal even the deepest trauma. He wants to prepare us as a bride without spot or blemish for His Son, and with our permission, God will do it.

These stories can be found in First Love and Bride Arise. Get your free copy and let the journey into love begin! 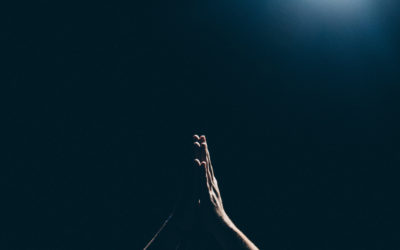 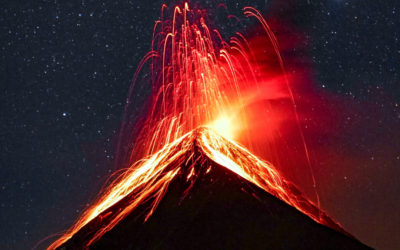 Scripture calls us to fight the good fight of faith. We are one people, one army under one Commander and King. But how do we become warrirors in the army of God? How do we fight and overcome?